Munich (München) is the capital of the Duchy of Bavaria, and one of the biggest cities in the German Empire. 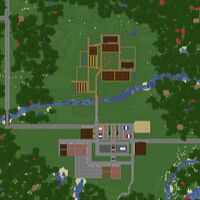 The map of the city of Munich (München)

The economy in Munich has been one of the larger ones in Europe. When Hello_Im_Dutch founded the city, he envisioned it to take over Paris in popularity for shopping, as he himself was in need for more riches. This led to two notable businesses opening their doors in Munich. So was Alles Hier a Ukrainian-German company shared by Puzzlecube and the mayor. It was not as profitable as either one would have liked and so Dutch proposed an idea of a bookstore in Munich which would he would share with Oxygin under the conditions that they would split the profits, with Oxygin providing the books and Dutch providing the location and marketing. When Dutch went back to Japan the economy in Munich began to worsen but due to it being the main supply of mending books on the server it manages to stay alive.

Retrieved from "https://atwmc.miraheze.org/w/index.php?title=Munich&oldid=849"
Category:
Cookies help us deliver our services. By using our services, you agree to our use of cookies.